So-called intermodal shipping has been around since the 1950s when a standard system for transporting items by sea, road and rail started to become the norm around the world. One of the key aspects of this was the introduction of the shipping container, something that could be picked up easily by cranes, stacked on top of other containers and placed on the back of trucks or railroad wagons. Of course, there have been plenty of developments with containerisation over the years but the principal design of the containers used in the system has not altered that much. What are your main options if you are considering renting or buying a shipping container today?

Although some shipping container manufacturers will give their products' dimensions in metric measurements, many companies use the imperial system, as well. Typically, 3-metre containers are manufactured by smaller firms, often cut to size from larger ones that have been in use for some time already. They are considered to be miniature containers and will often feature a custom-built door or drop-down shutter at one end. You can use them in pairs for shipments that will go on to be split up from one another once they have reached their destination seaport.

If you opt for a shipping container that is 6 metres in length, then you are choosing a common type. This usually means that they are pretty cheap to either hire or buy because there are so many of them in use. 6-metre containers usually have a lockable door at one end are suitable for moving bulky items like furniture. They can fit onto the trailers of standard trucks, which makes them cost-efficient to transport by sea and then by road.

Considered to be relatively large, this size of shipping container is not always as widespread in the transportation sector. They tend to be used by only certain firms that need to containerise larger items, such as fabricated architectural components, for example. Although they are not seen in every container port around the world, most seaports are geared up to handle them. Onward road transportation is more costly with a 12-metre container because of the oversized load that will need to be arranged. They are in demand at the end of their working lives, however, since the greater internal space makes them ideal for turning into pop-up offices and even tiny homes.

How to Put Things In Storage

How to Put Things In Storage 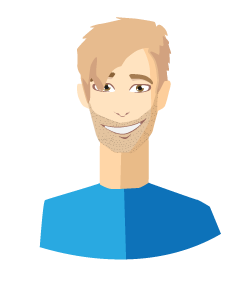 Hello! My name is Pete and this blog is going to cover all things related to putting your things into storage. I'm not a professional storage contractor but I am someone who has recently had a lot of experience of placing things into storage. You see, I had to relocate my life from Perth to Syndey so I could start a new job. Unfortunately, I didn't have room to transport all of my things across the country so I decided to hire a storage unit so I could keep my belongings safe. The staff at the storage unit offered a fantastic service.

When hiring a 3PL warehousing company, most busine …

Storage units can come in handy in numerous situat …

Most people today rely on storage units to store e …

So-called intermodal shipping has been around sinc …

While some people use storage units for large item …